Can You Do A Road Trip In An Electric Vehicle From Kuala Lumpur To Singapore? 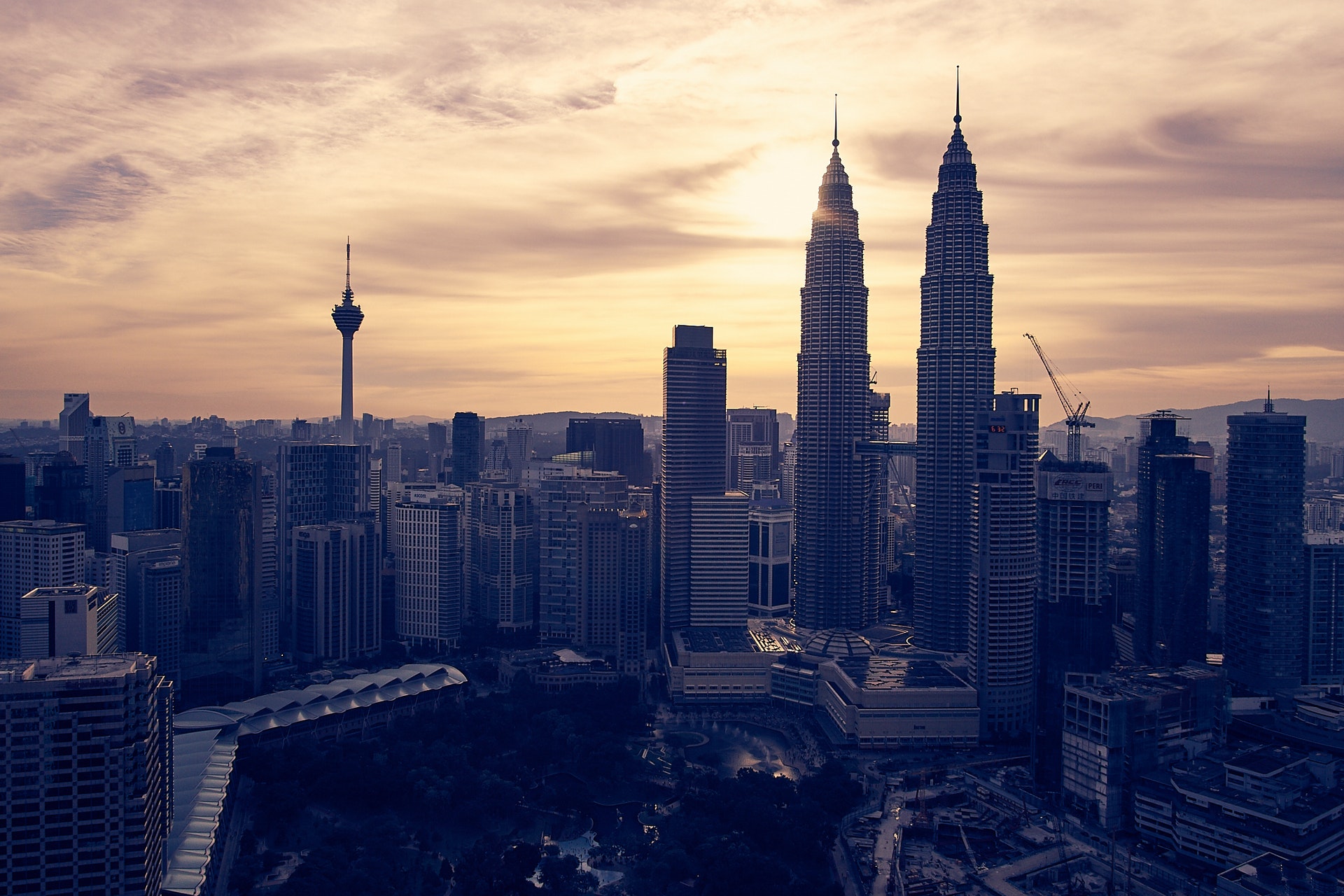 Electric vehicles are often touted as the future of mobility. There’s no denying that in a world with more robust infrastructure, long-distance commutes in EVs would be the norm.

But just how realistic is attempting a long drive in an EV now? If you lived in KL but regularly make the journey down South to have rendezvous with friends and family members, can you own an EV as your only car? Or is the technology simply not mature enough for you to conveniently do so?

We weren’t sure as well, so our Singaporean colleagues and their local arm of the Audi marque (along with other automotive journalists from the little red dot) attempted such a drive to see if it was possible. You can read the article, complete with all the extra happenings, on our sister site here. 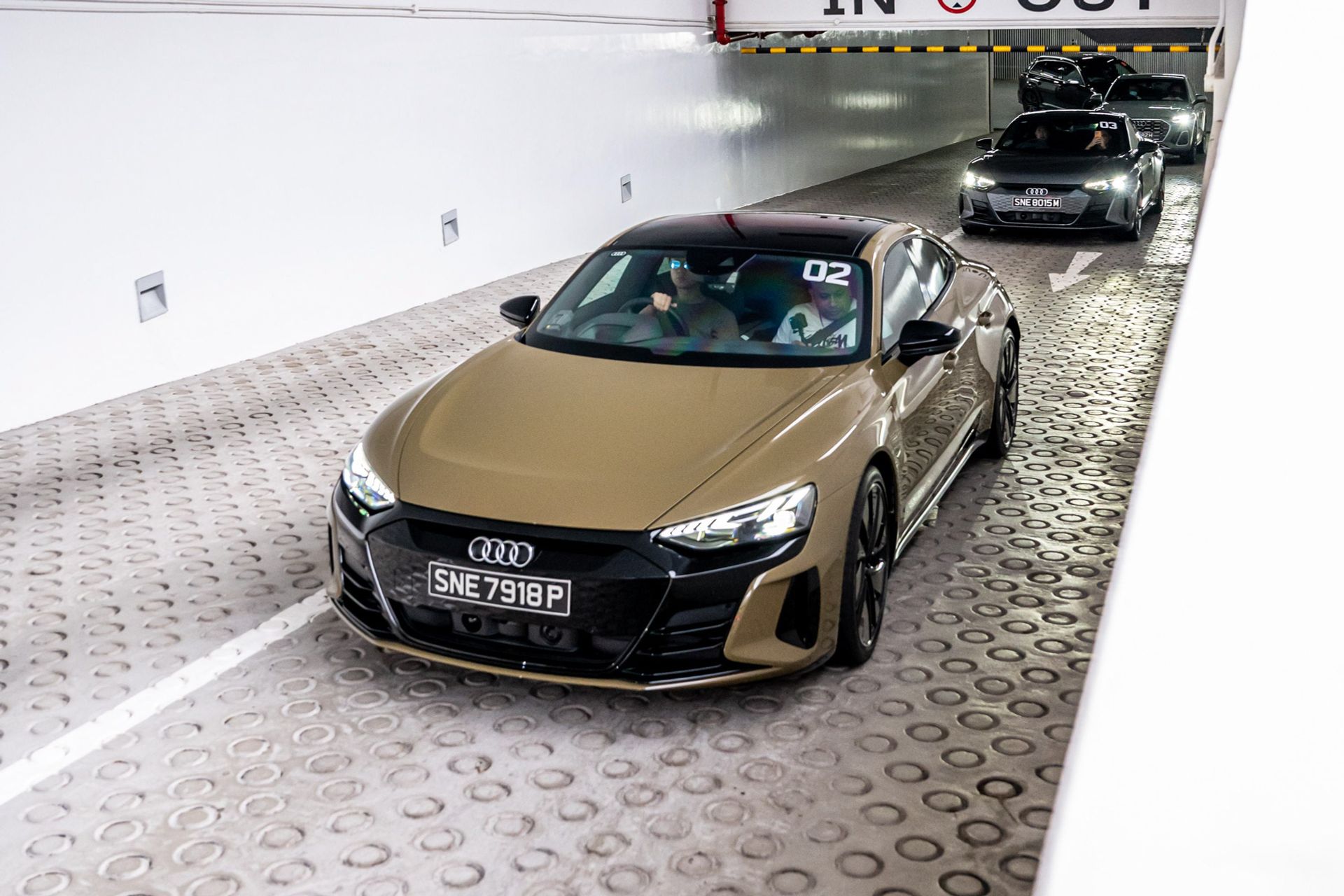 But First, What Cars Were We Using For This Road Trip?

Audi brought out three cars for this trip - an SUV, in the form of an e-tron S Sportback, and two e-tron GTs, with one being the higher spec ‘RS’ variant. According to the boffins at Ingolstadt, the cars should have an estimated range of 380, 488, and 472 kilometres respectively.

The journey was only to be 362 kilometres long. So then, it should be enough range to get from our starting point, which was Four Seasons Kuala Lumpur, to the endpoint at Audi Singapore’s HQ in Kallang, Singapore.

Not so fast. See, range estimates are often set in climate-controlled laboratories, and are often far greater than what you can achieve in reality. EVs are also fairly inefficient at higher speeds, especially the single-geared e-tron S Sportback, so the quicker you go, the higher the rate of energy depletion. 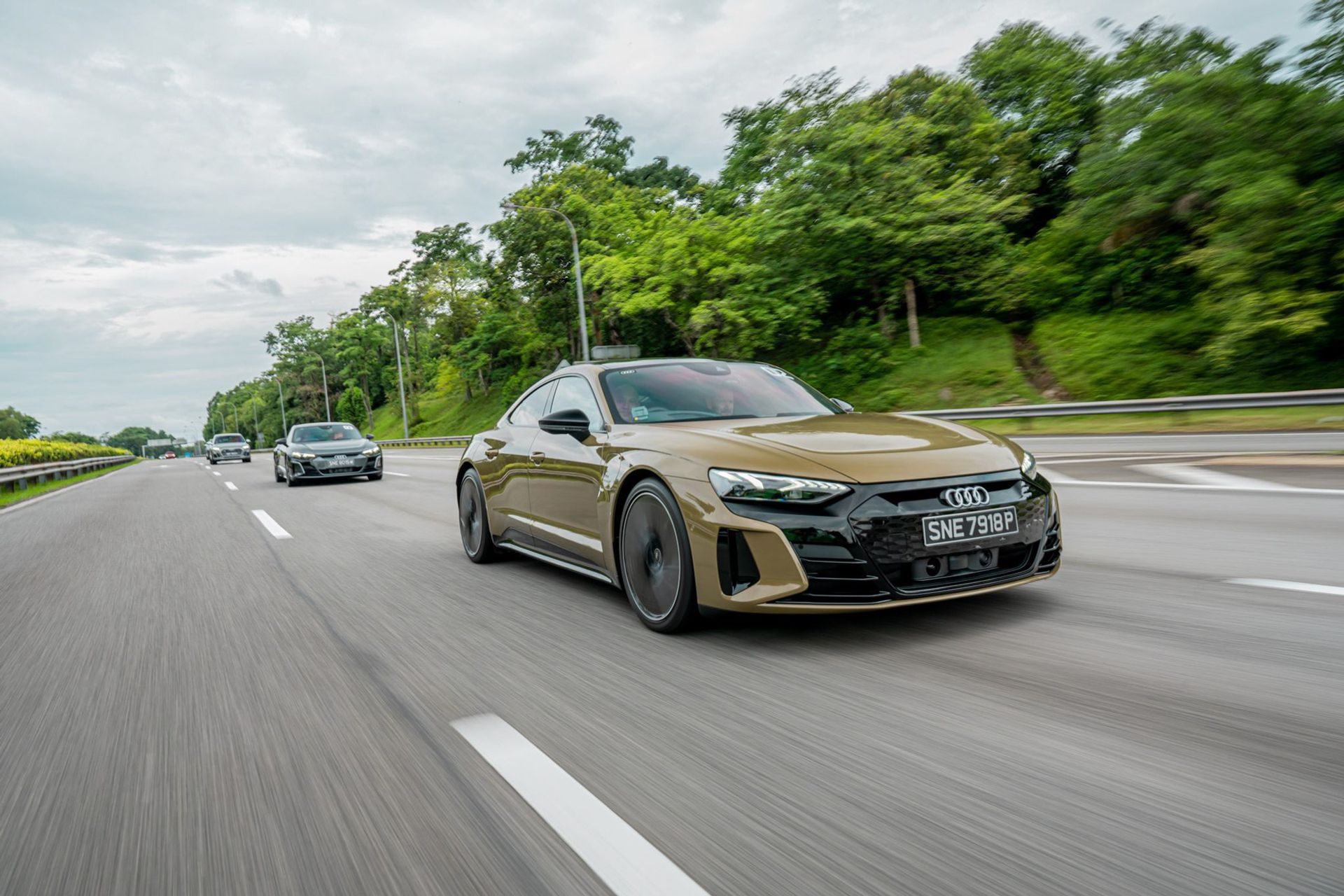 The cars were AC slow-charged overnight. All three cars had battery packs that were fully topped up, and the range estimates were healthy. Through KL’s morning traffic, the EVs were especially efficient, using regenerative braking to minimise energy losses. I spent the first leg of the journey in the SUV, and it was a joy to drive something that felt so effortless through rush hour traffic.

On open roads, the car’s pick up is consistent and strong, up till some seriously questionable speeds. The car does get a touch floaty if you’re pushing it, and the acceleration does taper off. It confidently munches up the miles whilst cocooning you in a shell of luxury if driven sensibly. At the pace that we were doing, we were really only able to cover about 200 kilometres, which necessitated an extra stop to add some range to get us to the only 180kW-capable fast-charger on the North-South Highway.

This was a problem specific to the e-tron S Sportback on this drive, as it is the heaviest vehicle of the trio, and also the car with the most motors. 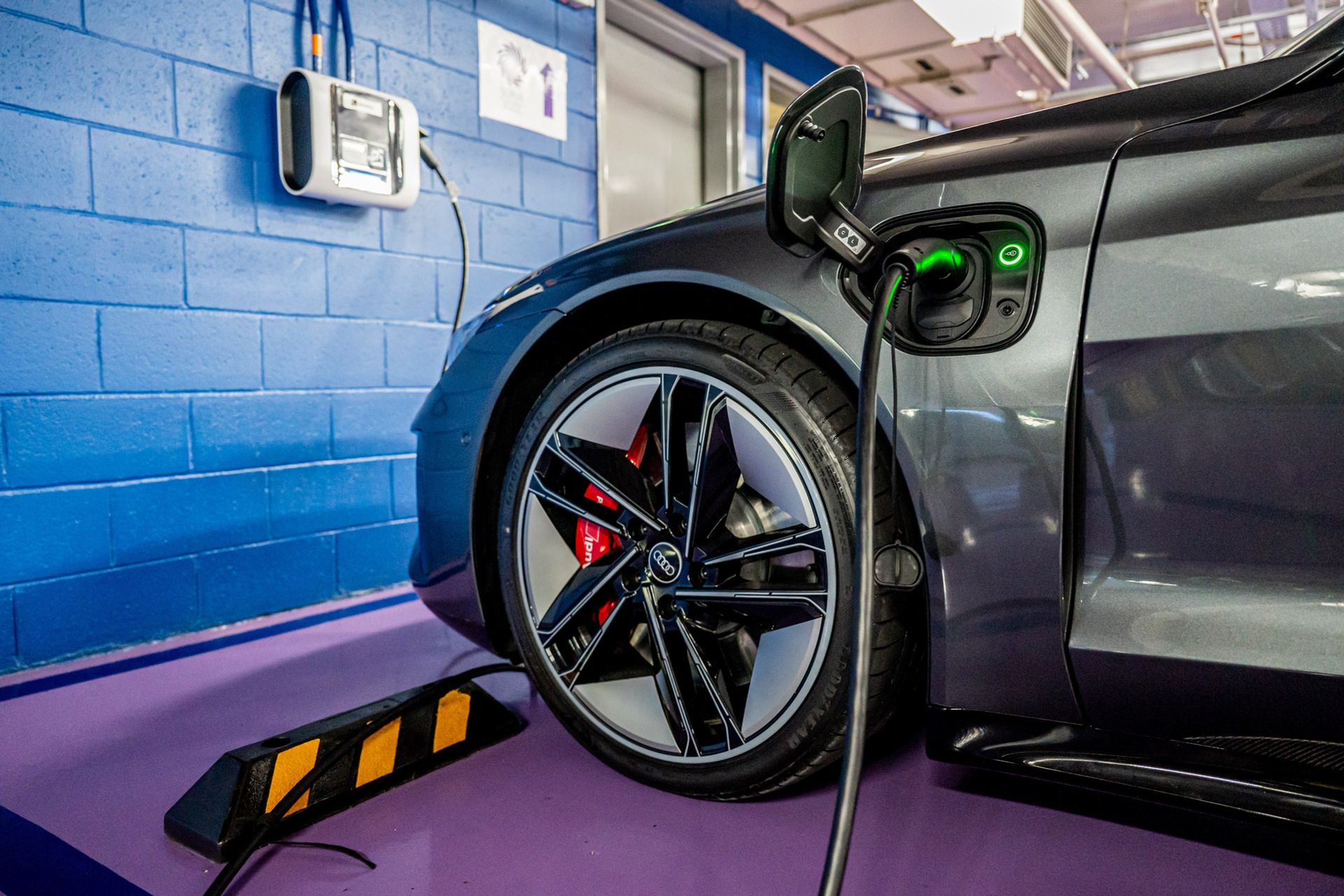 After the car was sufficiently charged, we headed off for a lunch break at a nearby restaurant. Only a 100 kilometres stood between us and the chargers at Shell R&R Tanchak, on the southbound side of the NSHW. In an e-tron GT, this leg of the journey was over in a blur, and in no time at all, we found ourselves at the rest stop and the convoy crew commandeering the vehicles to get them recharged.

With two cars plugged in, you’d only be getting a charge speed of 90kW each - which is still plenty quick, as it charges up to 1% quicker per minute than the 50kW chargers you’d normally find. Rest stops have evolved to cater to EV owners too, as Shell R&R Tanchak actually had a sizeable standing island, a bubble tea shop, and even vending machines that dispense fresh coffee.

We were bantering with our industry peers, so we weren’t really keeping track of time. But it didn’t take that long for the cars to be sufficiently juiced up for the rest of the trip. Despite the speeds that we were doing for the final leg of the journey, we could reach our destination without having to charge again. The car was plugged back into Audi’s charger with an indicated 18 kilometres of range left. 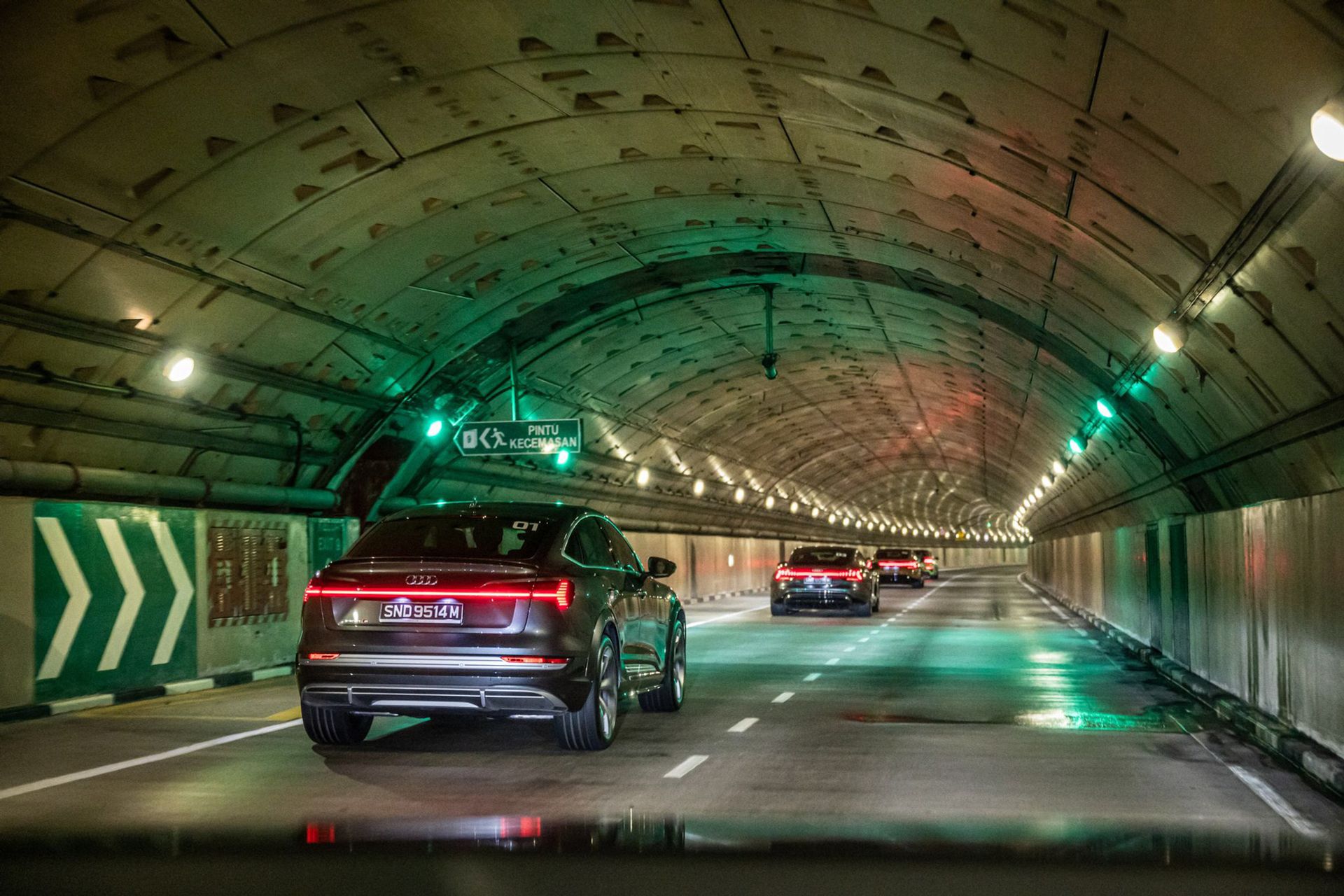 What Have We Learned?

With some strategic detours, an EV road trip down South is very much doable with the technology that we have today. In theory, the e-tron GTs have the range to complete a journey from KL to SG on a full charge, if driven sensibly.

Push a touch harder, and you’ll only have to stop for a quick charge (around 30 minutes) to have enough range to complete your drive up or down. There are a few key benefits of driving an EV long distances. There’s no drone or vibrations from an engine sitting high up in its rev range.

This relative peace also means less stress, for a more pleasant experience on the way to your intended destination. As long as you have reliable access to at least one charger on your travels, and destination charging at your endpoint, there’s no reason why a quality EV will not be able to make the distance.

Looking For EV Chargers in KL?

Here’s a list of where you can head to when your EV is running low on juice!

Do let us know by tagging us on Instagram or Facebook if you do try to head down south to the Lion City for an EV road trip yourselves! But as always, stay safe Motorists!

Read more: How to Get a Driving Licence in Malaysia