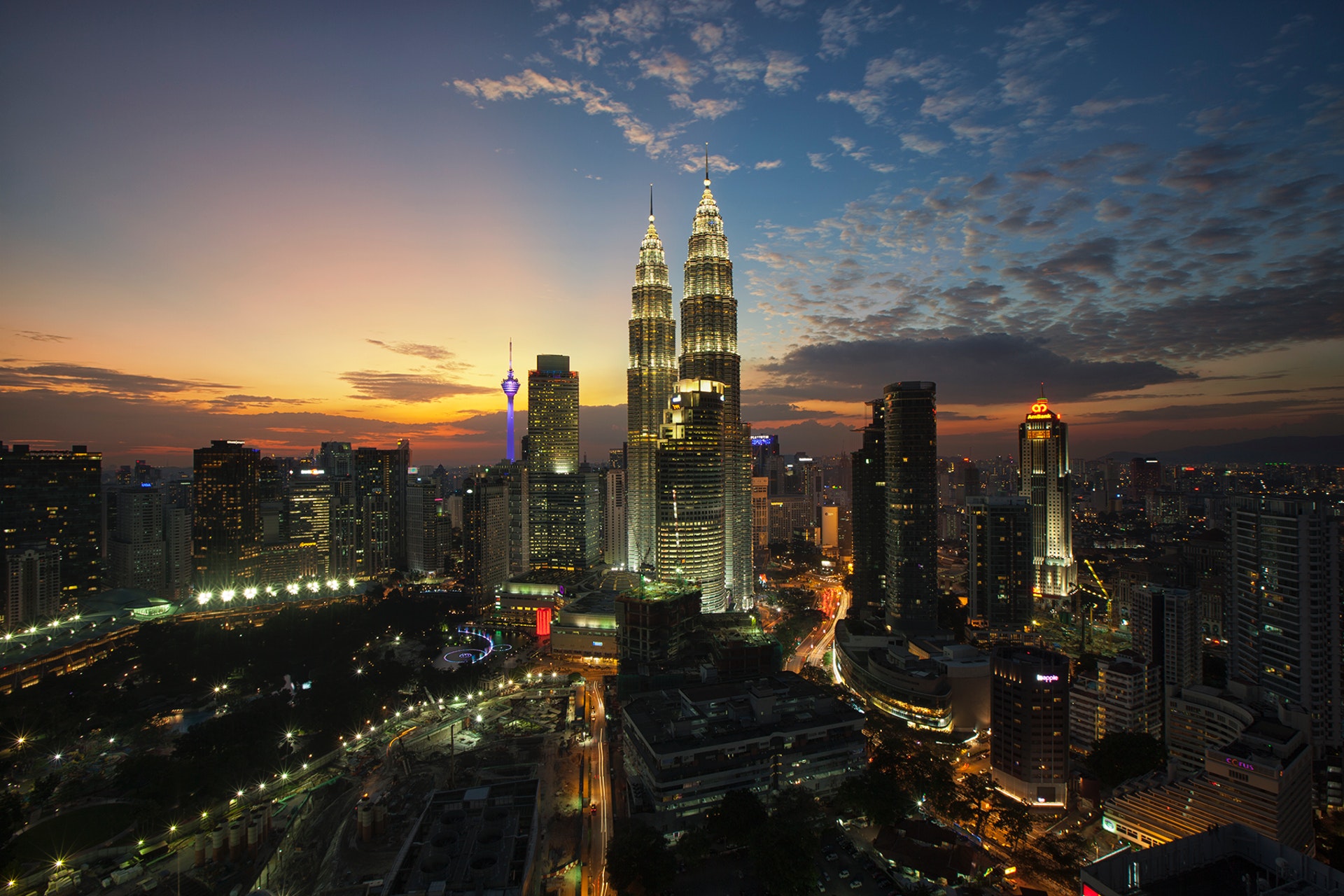 Malaysia is a beautiful country with many sights to see and places to visit. Today, we will be bringing you some of the more unique and interesting roads and routes across the country.

The world is still recovering from the pandemic that has hampered our freedom of movement, especially for leisure in the past 2 years. With new strains still being discovered, you might not be looking to head overseas just yet. But luckily for us, Malaysia is filled with enough places of interest to keep us busy. Let’s check out some of our nation's more scenic driving roads! 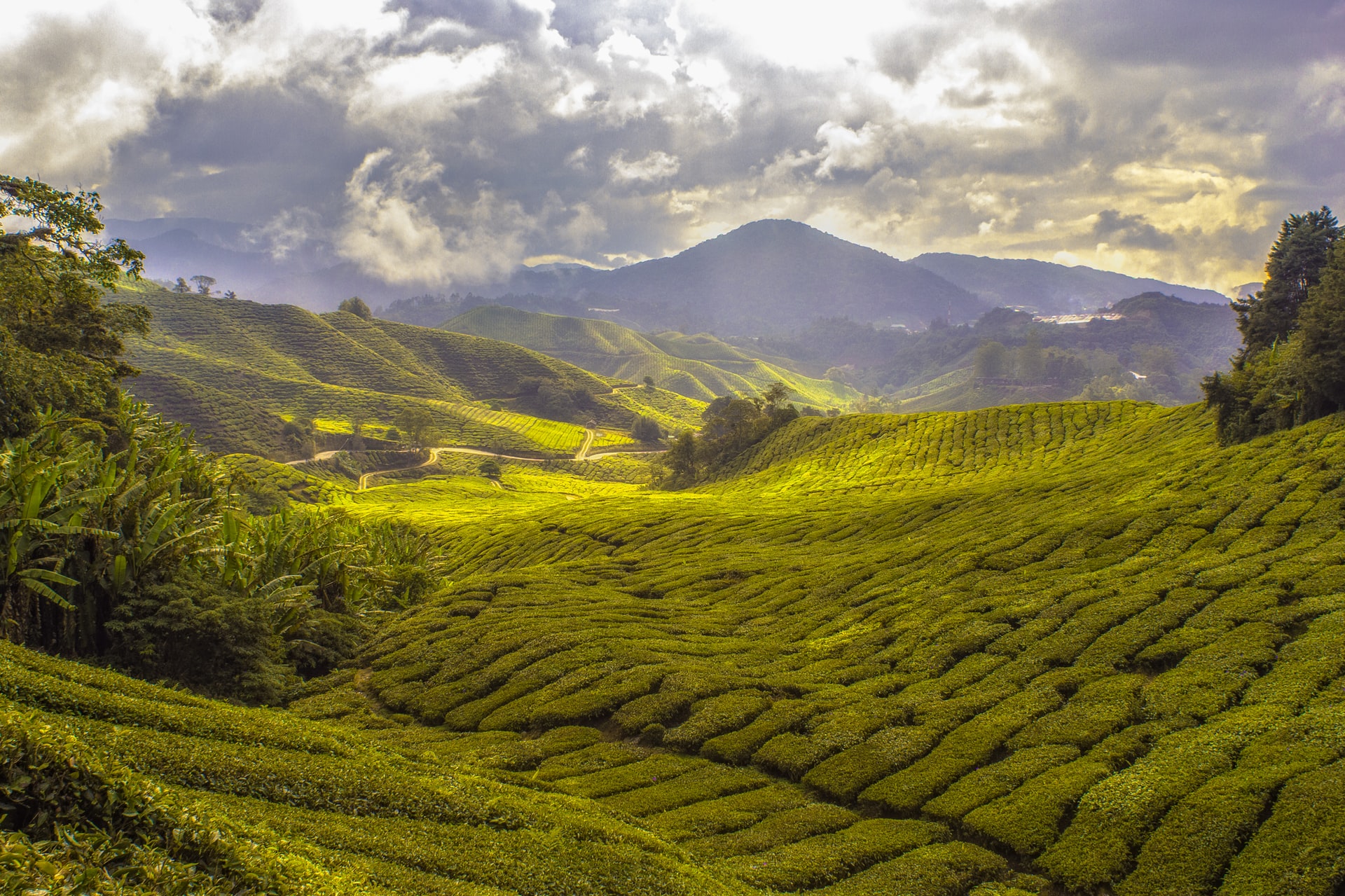 We start this list off with a route that promises to please everyone's eyes. Passing through the mountain ranges on your drive to Cameron Highlands, the scenery is littered with picturesque tea plantations and quaint strawberry farms. It’s the perfect location for those polaroid camera shots for #filmisnotdead Instagram posts. The cool mountain weather and low traffic volume there both add to the whole experience, making it an excellent location if you’re looking for a pleasant sightseeing trip.

If you’re not starting the trip early in the morning, however, we would recommend planning for an overnight stay at one of the hotels there, as driving on dimly-it high altitude roads is not the best idea, especially for less-experienced drivers. 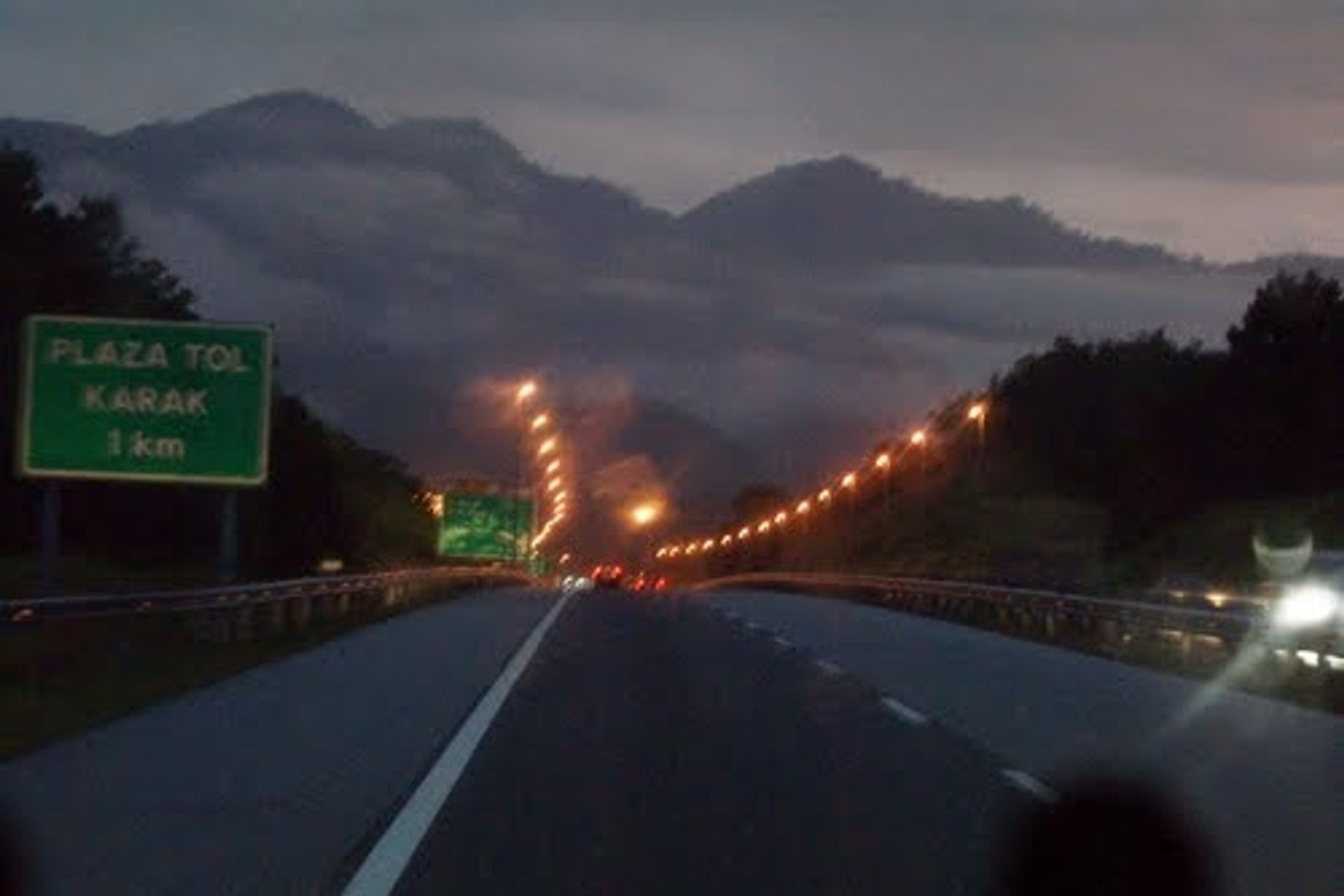 Moving away from pretty sights to more mysterious territories, we now take a look at the infamous Karak Highway. In 2011, this stretch of highway became the backdrop for a horror film, due to the sheer number of creepy rumours and paranormal sightings linked to the unassuming road.

In one story, road users reported seeing a slow-moving yellow Volkswagen Beetle that constantly appeared in front of them no matter how many times they've overtaken it. There are also many reports of Pontianak (an aggressive female demon with long black hair, all dressed in white, and preying on men) being sighted in the area. There is also of course the famous story of a lost little boy who goes around asking road users stopped along the highway whether they know where his mother is.

The boy is rumoured to be a car crash victim and his mother is said to have been flung out of the vehicle during the accident. This is on-brand with the history of the winding Karak roads, notorious for being poorly lit punishingly lengthy, which all contributed to many accidents such as the 1990 Kuala Lumpur–Karak Highway crash which claimed 17 lives.

If you’re a thrill-seeker or if you really like Beetles, you might want to go on a late-night drive through the Karak Highway. Just remember to take safety precautions and please ensure your vehicle is in good condition. Breaking down late at night on a supposedly haunted road is a horror-flick cliche situation you would not want to be in! 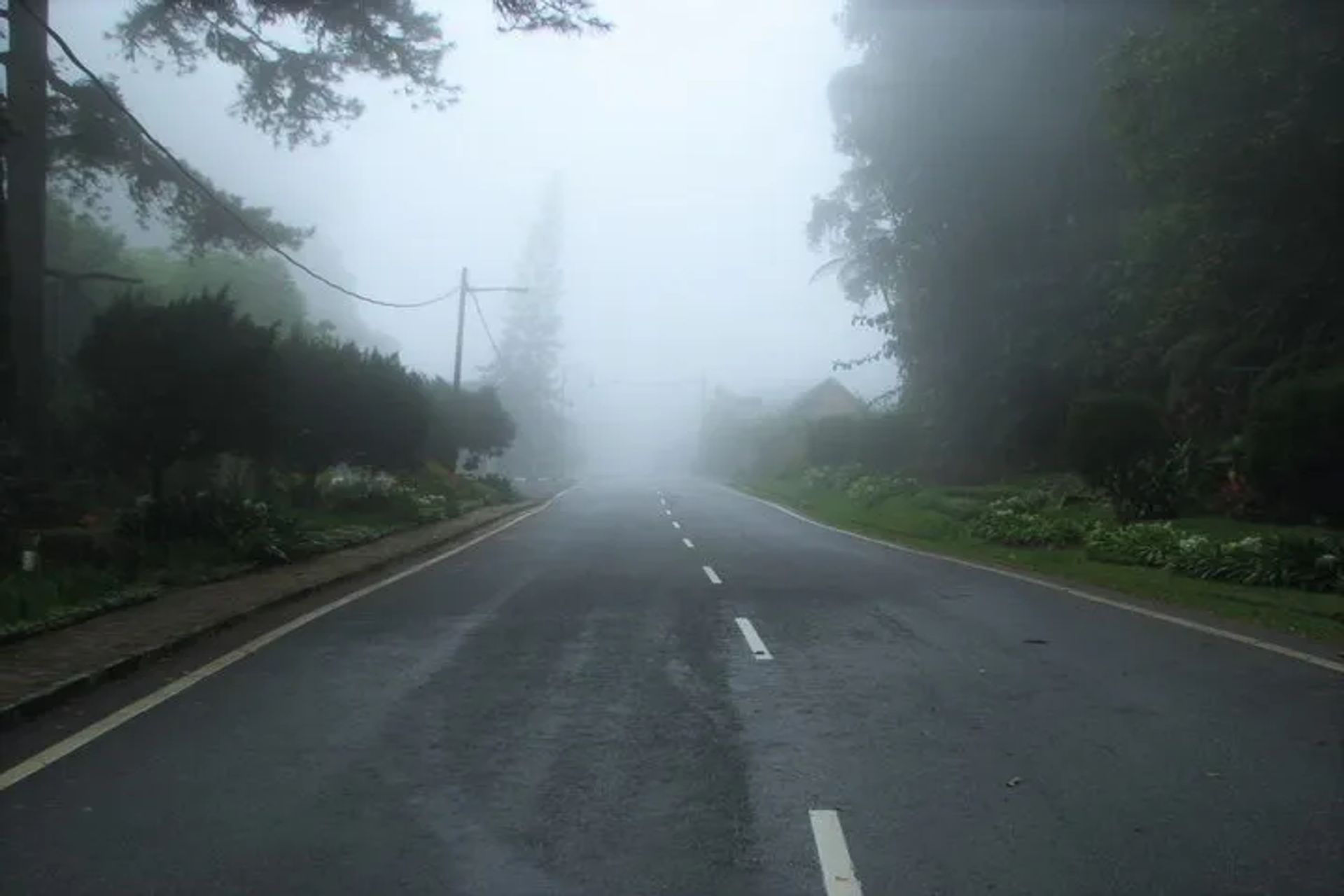 Our next stop combines both aspects of the abovementioned roads! The drive up to Fraser’s Hill provides you with amazing mountainous views. Opportunities aplenty await you to gaze into the wondrous horizon (when you’re not driving of course!). But it is also known for its misty setting that drenches the winding roads with melancholy. When the mist gets really thick, you could liken it to something straight out of Silent Hill.

It’s certainly something to experience and the end destination is, of course, the charming village of Fraser’s Hill, filled with colonial architecture. As such, this would certainly be a nice idea for a short trip! Do remember to drive safely of course. With mist and meandering roads, come heightened road accident risks, so be careful! 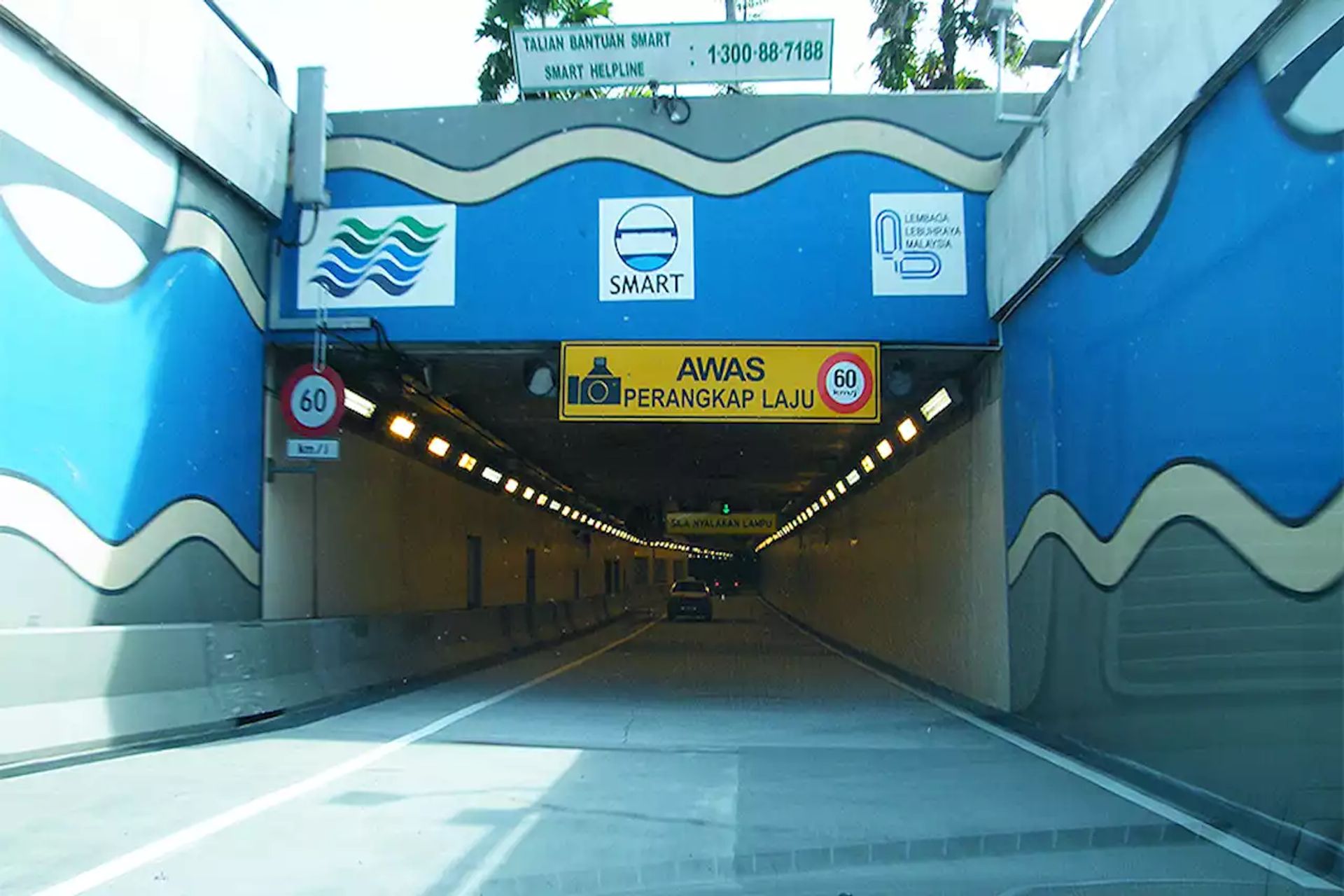 Next up on our list is something less ‘experiential’. The KL SMART tunnel is a point of interest due to its dual functionality of being a flash flood solution as well as a shortcut between Jalan Istana and Kampung Pandan, effectively reducing traffic congestion in the area.

SMART stands for Stormwater Management and Road Tunnel and it operates in four different modes that cater to different intensities of rainfall. It was first put in use during the flash floods of December 2021, and minimised the destructive consequences of freak weather that ravaged many parts of Malaysia. It’s the longest tunnel in Malaysia and the second-longest in the Southeast Asian region! 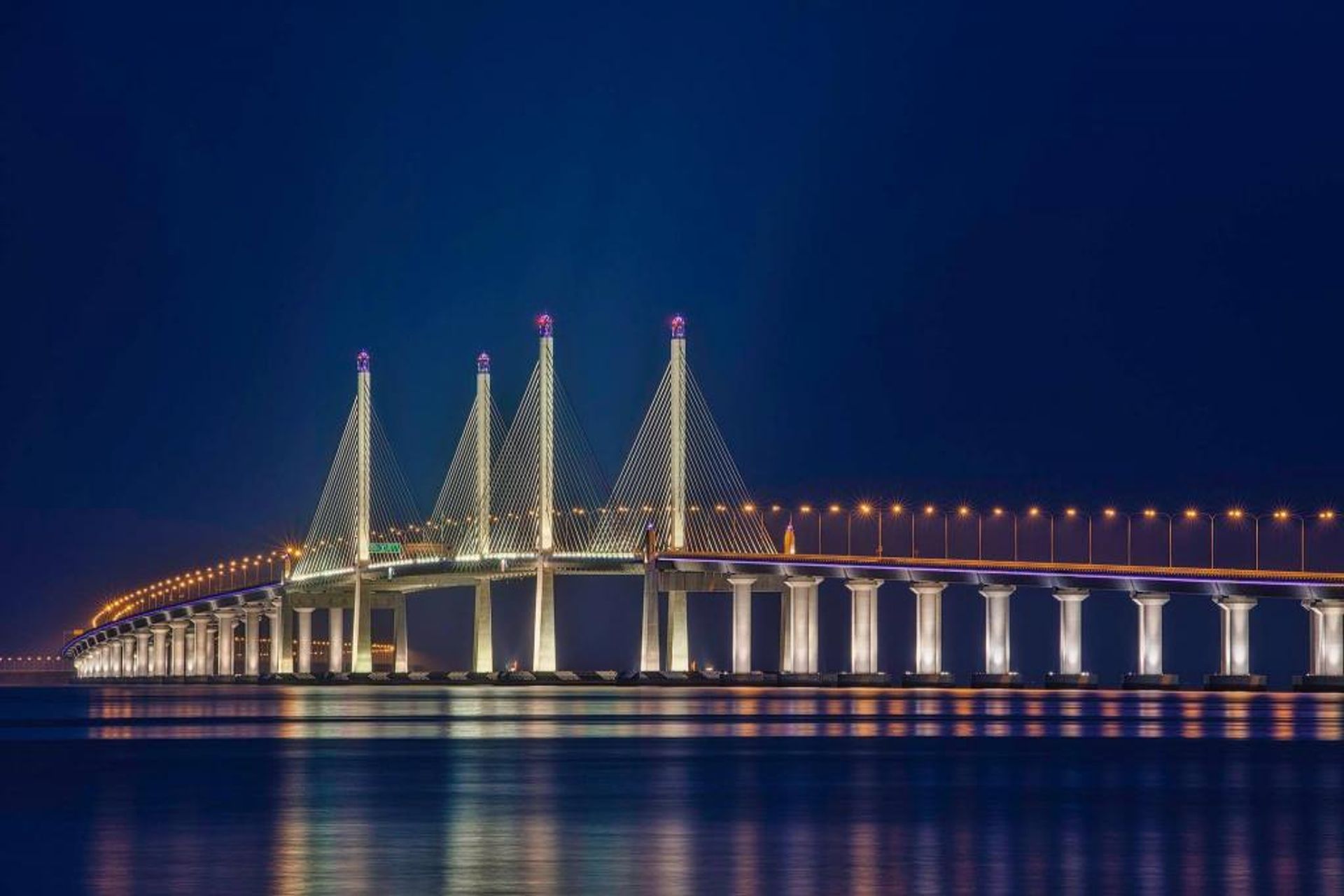 We’re taking a trip up North now to stunning Penang and the gorgeous Sultan Abdul Halim Muadzam Shah Bridge. Its name is a mouthful, which is fitting seeing how the bridge is the longest bridge in Malaysia!

It connects Pulau Penang to mainland Malaysia, and is a popular location for shutterbugs to capture the sunset. There’s just something about the bridge’s bend set against the backdrop of the evening’s sun that enriches the soul. It’s the location to put some relaxing music on while driving leisurely into the sunset!

Malaysia is very much a driving country, and its many natural sceneries as well as man-made wonders allow for many different types of driving experiences. Which is your favourite driving route in Malaysia? Let us know in the comments below!