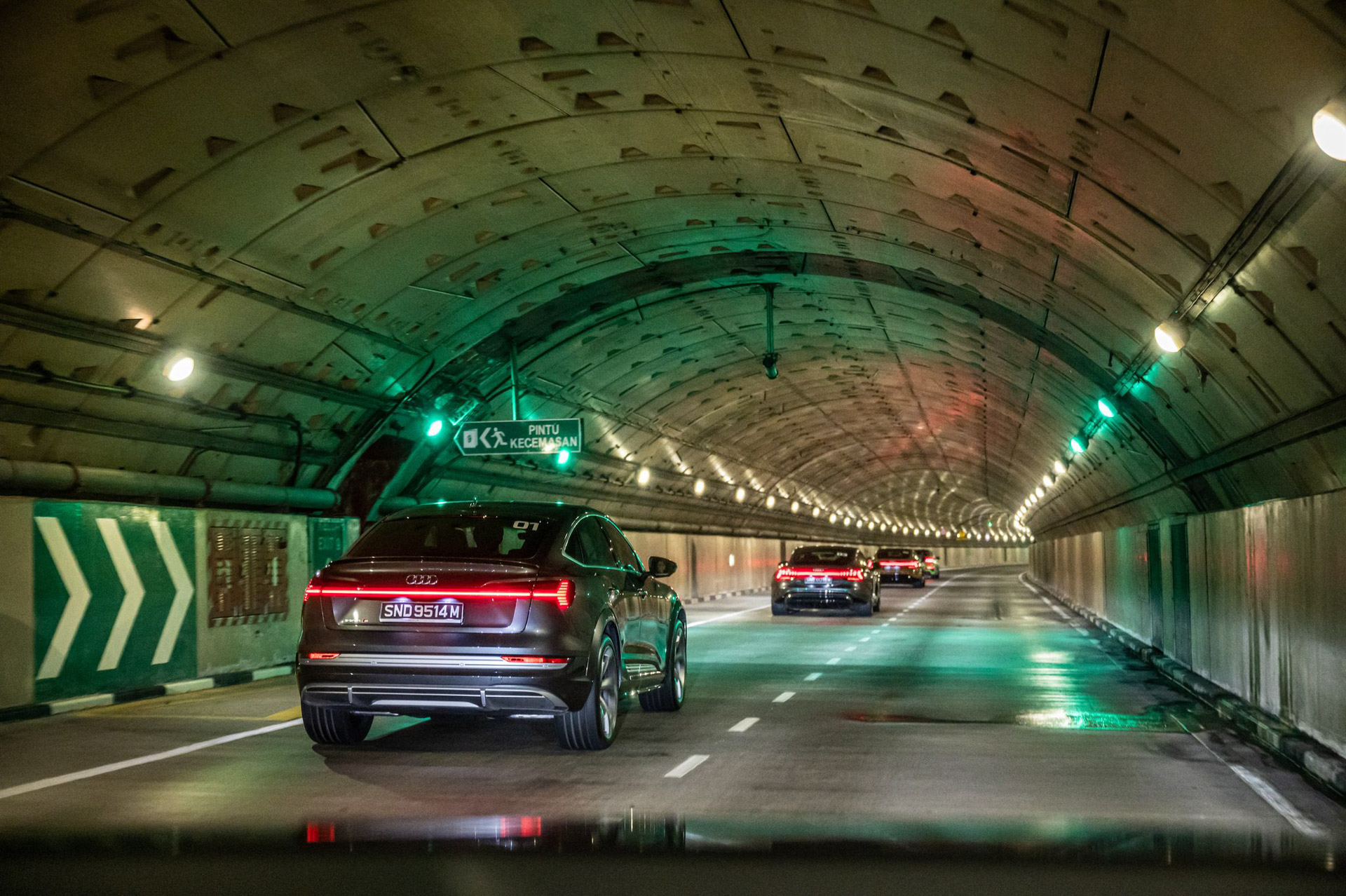 Breaking speed limits and reckless driving. These are just some of the things Singaporeans tend to do when in Malaysia. Is there a sense of entitlement that they are allowed these vices once they cross the border?

I'm not saying all Singaporeans do it, that's of course a fallacious sweeping statement. It just seems that many in Malaysia always have a story about how they once saw a Singaporean car or motorbike bullying other motorists, driving recklessly, or going at a dangerously high speed on the expressway. It's quite peculiar as Singaporeans are some of the most law-abiding citizens in the world. Why the change in behaviour overseas? 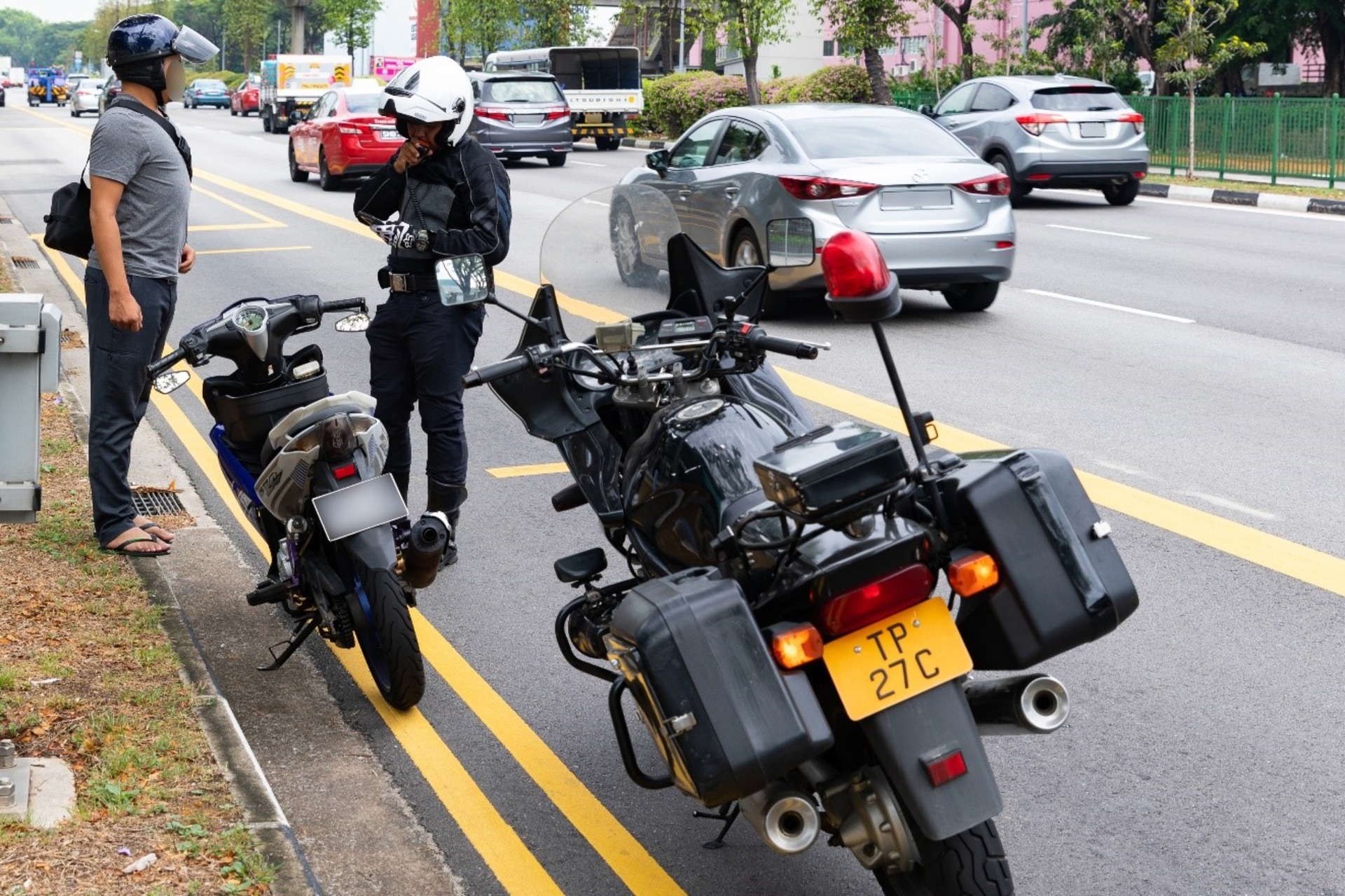 Could it be that the strict regulations and rules in place that have cultivated the aforementioned law-abiding society, be the cause?

The expensive and arguably harsh punishments and constant vigilance of the authorities in Singapore can be likened to the adoption of an authoritative parenting style, notorious for its reputation for producing the most rebellious children. Just like how these children tend to act out in school or wherever their parents aren't around, Singaporeans could be taking their frustrations out in Malaysia.

Don't get me wrong, by no means is this analogy completely accurate, neither am I calling Singaporeans a bunch of children, I just think that it could be an interesting point to understanding the psyche of this behaviour. 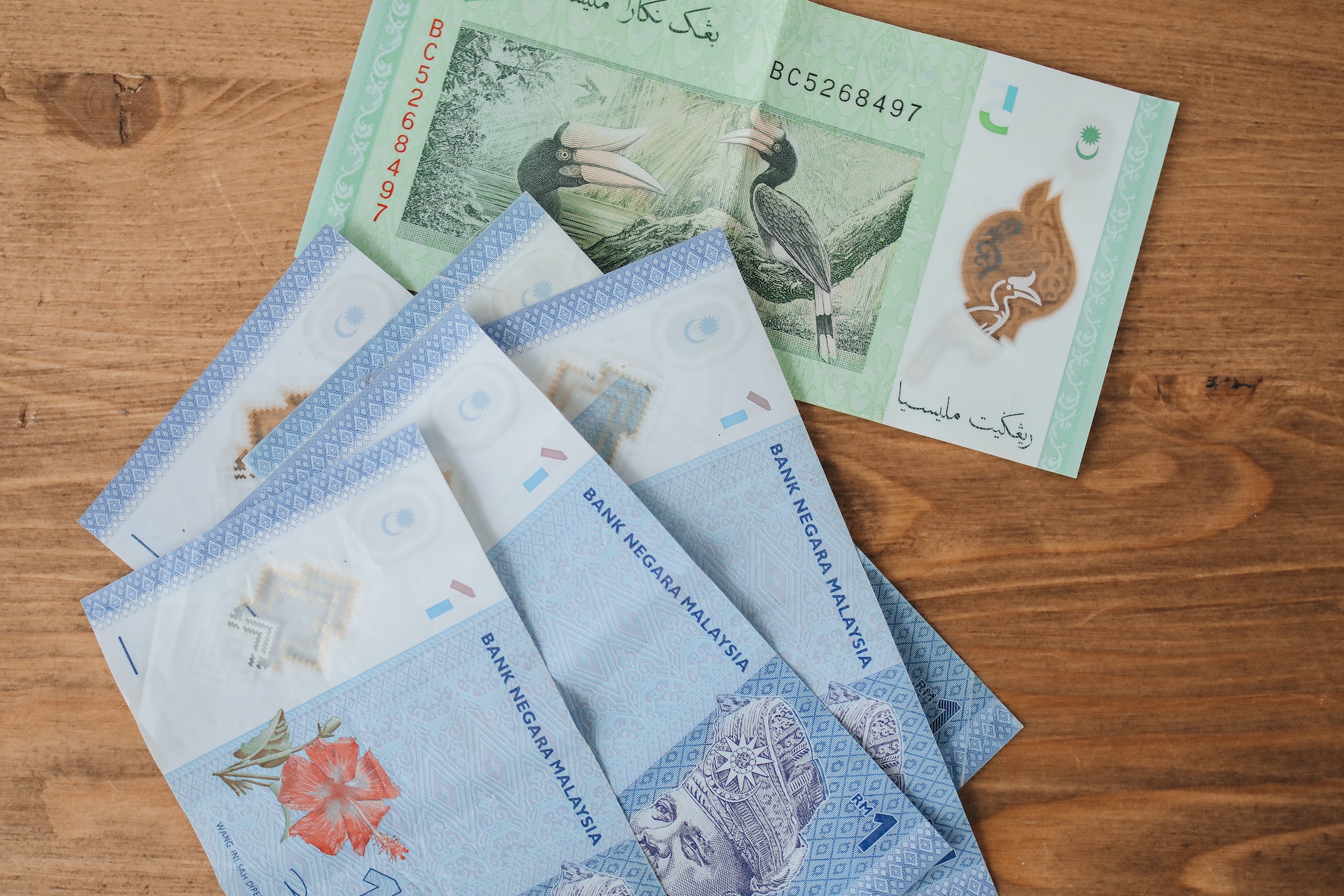 The economic situations of the two countries have given Singaporeans a favourable exchange rate, and Malaysians have yet to hear the end of it. But how do the rates have anything to do with anything? Well, it's simple really. Malaysia has always been seen as a relatively cheap travel destination for Singaporeans. Being able to spend on things at a cheaper price point than you would back home gives you a sense of power and freedom.

Ordered a dish but you don't really like it? No problem, currency rates mean it's only SGD3. Just throw it away and order something else. This doesn't only apply to food. A speeding ticket can cost you $300 in Singapore but only RM300 in Malaysia. The fear of heavy financial penalties, like the exchange rate is divided by 3. 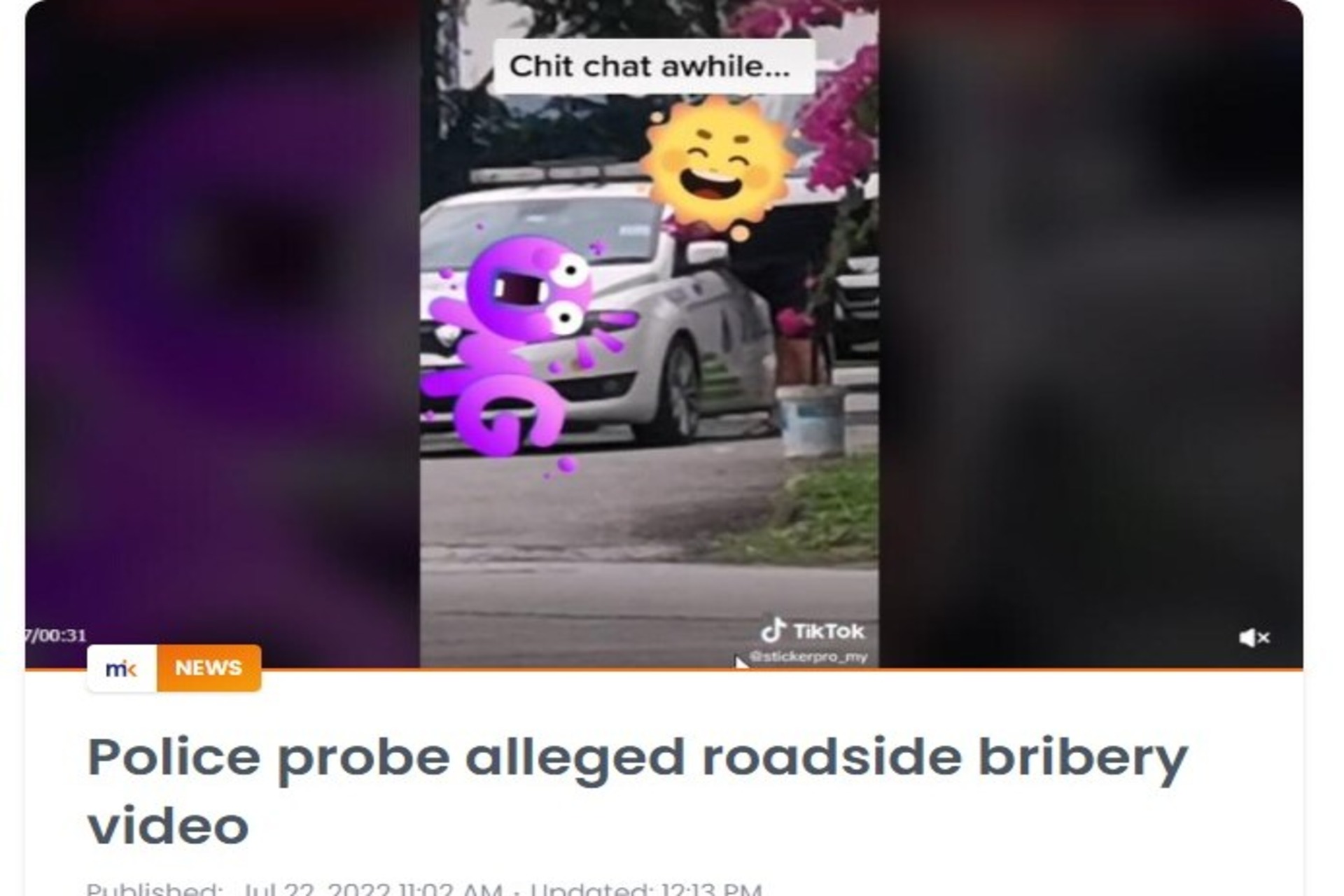 Let's be honest, Malaysia doesn't have a clean image when it comes to corruption. It starts from the very top, with corruption in Malaysian politics having been in the global spotlight for many years.

When it comes to road traffic enforcement, "kopi money" has been such a common practice that is it any surprise that foreigners have adopted it too? And as mentioned previously, how much of a deterrence from speeding would a fine be if you could just slide the officer that pulled you over some money and carry on with your day?

Having said that, credit where credit's due. JPJ and PDRM have made strides in tackling this issue and it would be fair to say that this practice is far less prevalent today. However, this perception might just take a while longer to change. 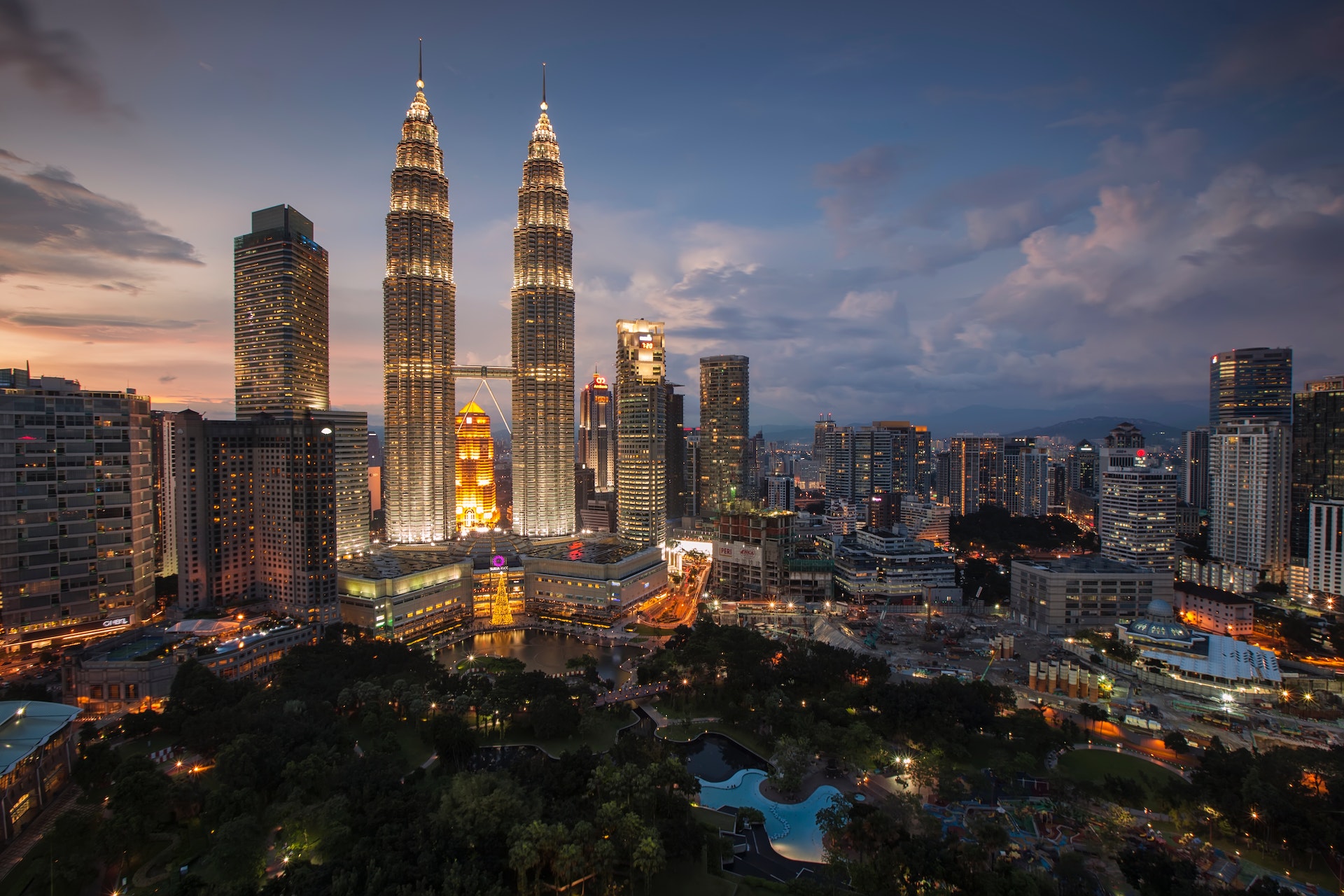 Staying on the theme of self-reflection, could it perhaps be our own habits that attribute to this behaviour? Malaysia Boleh was a commonly used slogan popularized by Tun Dr. Mahathir bin Mohamad back in the 1990s. It was a way to unite the country and incite a sense of patriotism in Malaysian society. Today, it's almost synonymous with doing things that may not be right but it's okay because you're in Malaysia.

No right turn down an alley but it's the fastest way out? Go for it, Malaysia Boleh! No empty parking lots? Just park wherever there's space, Malaysia Boleh! Need to 'tompang' your friends but there are three of you and only one motorcycle? Squeeze on, if there's room, Malaysia Boleh! It's a contagious mindset that absolves fear or responsibility and even our Singaporean counterparts have adopted this lingo.

So are Singaporean Drivers entitled? Yes, to an extent. The power of currency cultivates this entitlement but the psychological effect of a strict and stressful way of life in Singapore could also be a contributing factor while the unlawful norms and practices in Malaysia don't really help the case either.

What can we do as Malaysian drivers?

Well, we can only do things within our control, I'd say just keep fighting to change these perceptions. Kick out the dark side of the Malaysia Boleh mentality and cut out the kopi money practice and it just might inspire our Singaporean counterparts to follow suit!